Where Have all the Children Gone? (Part One) 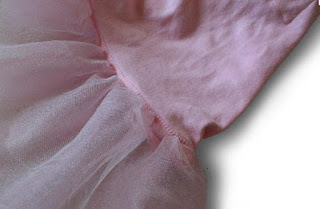 I’m not a huge fan of most Disney Channel shows (another blog for another day), but when I saw Miley Cyrus doing a strip tease-y number in a bird cage at some awards show I stared at the tv screen flabbergasted. Yet another teen icon was purposefully and intentionally shirking her “good girl” image. (Author’s Note: Yes, I know I’m about two years behind in pop culture. But two years is actually really good for me considering homeschoolers are usually a decade behind. I only figured out who the Spice Girls were a couple years ago.)

Since this incident she’s posed in magazines flaunting seductive clothes and poses, and spoken out that she is, indeed, trying to get the world to see her as an adult.

Here’s what struck me more than the (in my opinion) tackiness of these attempts: that in her mind “adult” equals sexualizing yourself. In fact, there seems to be a trend among teen stars to “shed” their image (and their clothes) in order to be taken more seriously.

I think they are confusing controversy with maturity.

Brittany Spears, Christina Aguilera, Lindsey Lohan, Taylor Momsen, and a slew of other child actors who began their careers playing wholesome, sweet parts have gone extremely out of their way to show the world they are rebels with an edge. They want to be taken seriously. They want the world to know they are no longer little girls.

Trust us. We know. The constant barrage of headlines saying you’ve missed your court mandated counseling or got married and divorced in less than a week has confirmed it. You are indeed grown up.

What about the other aspects of being an adult deserving of respect? What about responsibility? Leadership? Creativity? Intelligence? Giving back to your community? Those are all important markers of adulthood. For some reason, though, those apparently don’t get the attention of the general public enough to merit pursuing.

Why do you think young celebrities get caught up in this whirlwind of controversy?

Why? Because we live in a sinful world, which needs a Savior and when the world's success knocks at our door too often we fall into all that the world offers instead of the Lord.

They are measuring their worth by the wrong standard. Wealth,fame & having an "edgy" reputation can catapult you into superstardom. But only for a limited time. Measuring your worth according to God's Word will last for eternity.
-Ron McGehee