Where Have all the Children Gone? (Part Two) 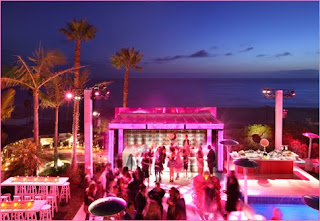 In my last blog I talked about the purposeful and controversial behavior of young stars trying to be taken seriously by sexualizing themselves.

Why is this behavior so common in coming-of-age celebutantes?

I think the answer is personal, cultural, and spiritual. On a personal level, growing up in front of the camera is difficult. Going through the awkward adolescent stage is hard enough without having millions watch your every move and mistake. Add to that being the center of attention for many years and it’s like vigorously shaking a soda bottle before opening. (There’s probably a better analogy…if you think of one let me know.)

Plus, no matter how humble your family and friends keep you, when you are the star of a show you are treated a cut above the rest. There are people whose job is to make sure you are happy since you are the face of the project. When your identity is wrapped up in being the main focus (whether intentional or not) it’s disillusioning when it’s taken away.

Lastly, for many of these kids, their life has been micro-controlled by parents, managers, studio execs, etc. I’m not a psychologist, but in some twisted way these kids are finally getting a level of control over their life. Sure, the control may bend negatively, but at least it’s their choice.

From a cultural perspective, society has a fascination with bad behavior. We love to raise people up and then see people fall from grace. Thinking and talking about someone else’s stupidity distracts us from our own. So, these kids still get to stay in the spotlight because society inadvertently feeds into it by buying magazines and watching Hollywood gossip shows, which creates a world where people profit financially from their mishaps.

Finally, these kids are seeking something that can never be found in fame, fortune, or the centerfold of a magazine spread. They are seeking what only Jesus can provide—and that is unconditional love and acceptance. When you realize your worth and value is not dictated by public opinion, but by how much your Heavenly Father loves you, it frees you from the clutches of fame and public opinion.

It’s a sad trend that I hope turns around. I hope that America loses its fascination with celebrity and celebrates not fame for fame’s sake, but actual talent and accomplishment. I wish people would just as eagerly grab tabloids that featured brilliant scientists, writers, and other achievers, rather than celebrate celebrities who checked into rehab due to exhaustion from clubbing too hard.

Instead of talking about and clucking your tongues at these young stars, pray for them. They may seem like they "have it all." But as we see over and over again, "having it all" is not the answer.

"What good will it be for a man if he gains the whole world, yet forfeits his soul? Or what can a man give in exchange for his soul?" Matthew 8:36

Do you follow celebrities? How do you react to their shenanigans?

Email ThisBlogThis!Share to TwitterShare to FacebookShare to Pinterest
Labels: celebrities

I stopped watching all of the celebrity drama ages ago. I went through a phase where I was completely obsessed,and then just STOPPED.I'm glad I did, too. It's hard enough keeping track of my own life to worry about who's dating who or broke up with who or who had whose baby. I guess I realized that whether I knew it or not, I was buying into gossip and playing God in someone else's life. I fell in love with Bebo Norman's song Britney about how we as a society treat celebrities and how despite Britney Spears' past, Christ still loved her enough to sacrifice his life for her. Definitely check it out!

I went through that phase, too, Alyssa! But I rarely read/watch them anymore because of the same reasons you mentioned.

I will definitely check out that song! Thanks!!