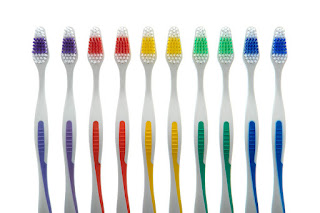 Today I packed my entire life into my car. I'll hold for a slow clap.

Tomorrow morning I'll start my journey to Colorado Springs. I'm not anxious about this move, which is odd. Typically I second, third, fourth, and fifth guess every decision I make. At this point I don't know if my peace comes from my trust in God or total apathy. (It's a thin line between the two.)

It feels strange to be done with comedy. The cruise was a great experience and I couldn't have asked for a better way to end my short tenure as a stand up comic. It was fun performing among a fantastic group of comics (albeit a little intimidating). The comics were as down-to-earth off stage as they were hilarious on stage, the audience was kind and welcoming, and I had several "how the heck did I get here" moments. (In a good way. I didn't have nearly the success, experience, and popularity of the other comics, so I was extremely honored to be included.)

Most of my sets went really well. One of my sets in the middle of the week, however, went just okay. If you have any insight into the mind of a right-brained perfectionist performer, you'll know that an "okay" performance is exactly the same as completely bombing. I was mad at myself.

I've often received the well-meaning advice, "Brush it off." If someone can show me where the "brush it off" button is located in my head, I'd be forever in your debt. Cause I can't find it.

After my mediocre set I went and laid face down "plank-style" on my bed, wishing the cabin floor would open and drop me down to the bottom of the ocean. Maybe a pod of dolphins would adopt me. Dolphins don't care if you're funny. They only care if you have fish.

"I don't know what to say," my youngest sister, who had accompanied me on the cruise, told me when she came in and saw me in my state of self-depricating despair.

She went and sat on our balcony. (Yes, we had a balcony. Once again, how did I get here?)

A few minutes into my internal monologue of how I obviously wasn't pretty enough or skinny enough or a skilled enough tap dancer to be good at comedy I realized my lips felt a little chapped. I got up to grab some chapstick from the bathroom.

Backstory: I go through toothbrushes like crazy. Not intentionally, but I'm paranoid about germs and my toothbrushes always fall out of my ziplock TSA bag, come into contact with the bottom of a shoe in my bag, or drop onto the floor, and I have to get a new one. Knowing I'd be on a cruise and a new toothbrush would cost me $20, I bought a cover for mine to protect it from the travel elements.

As I reached up to find my chapstick I knocked my toothbrush off the bathroom shelf. It bounced off the counter, popped out of its protective case, and landed bristles-first into the toilet brush.

I started laughing. I laughed harder than I've ever laughed. I went out to the balcony and told my sister and she laughed too. In a very puntastic, ironic, ridiculous way, this incident enabled me to "brush off" my set. Thank you, Lord, for the joy found in outright silliness.

I showered, went upstairs to get pizza, and had a great rest of the week.

I even found another toothbrush in the bottom of my bag. Miracles still happen.

I have a looming writing deadline, so I'm gonna go watch Fast and the Furious 6 before driving (within the speed limit...mostly) to my new home tomorrow.

Goodnight, friends. May you be blessed with an abundance of silly moments. 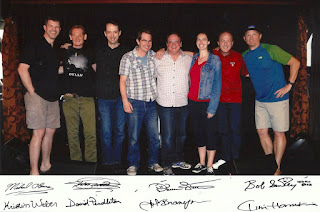 While I'm sad that your stand up career has, essentially, ended, I'm very encouraged and happy you're making this move to Colorado. God has always revealed Himself to us when we are righteously seeking Him. I can't say for certain but perhaps this peace you feel is God's way of affirming this new chapter in your life.

You blessed us greatly on the cruise with your humor, honesty and vulnerability. I truly do pray that God will continue to work through you in powerful and amazing ways.

Thank you so much, Brian! I greatly enjoyed meeting you guys on the cruise and had a blast entertaining everyone :) I'm very excited for my new adventures and seeing what God has in store. Many blessings to you and Holly!

Even though you're retired from stand up, I hope you continue with blogging occasionally. I alway find your post witty and thoughtful. And they are sort like collectibles since they go out of print often. I used to think I stumbled across private entires you forgot to mark private and then corrected. Then I saw a post where you mentioned going back and deleting old posts. I think that post is deleted now though.

By the way, thanks for all the laughs. I came across your work and blogs back in 2010 or 2011 ish. I was following Ron McGehee and his wife's short lived YouTube series and some how Google pointed me to your stuff.

Thank you so much for your comment and encouragement, Andrew! I will continue blogging, and hopefully have time to do more of it now. I did delete a bunch of old posts--but I don't delete as much anymore. My discretion as to what goes online and what stays in my head has developed with age. =)