Who wants to be a reality television star? 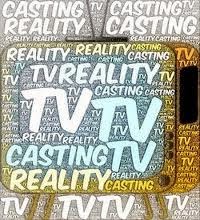 It's been a weird week. (More of a weird year, but that's another blog.)

Last week I received an email from a TV producer who found some of my writing online and was interested in developing it into a reality television show. I was flattered, as anyone would be when a TV network deems their life worthy of exploitation.

My first reaction was "thanks but no thanks," as being in a reality show falls just above getting a root canal on my fun-things-to-do list. But since it's not every day you get the chance to join the ranks of TV greats like Snookie and Kate Gosselin, I ran the idea past a few people. They all said the same thing: be careful, but it doesn't hurt to listen and discuss ideas. Plus, this would further my ultimate goal of being on Dancing with the Stars. I'm past the point of being able to participate on the show as a professional ballroom dancer, so I'm gonna have to get famous somehow and be one of the stars. This could be that chance.

I called and I listened to the ideas, and I'm going to try and explain my experience without giving away the show premise. The network, which was at one time known for playing music on television,** wanted to take an "authentic" look into certain aspects of Christian culture. We could use people already in my life, they said, or if the people close to me weren't interested in doing a reality show, they could cast those people. Cause as we know, most authentic relationships begin with a casting call. (I mean, I guess that's essentially what online dating is? A two-way audition? Actually, that sounds like all dating.)

I asked a lot of questions, and to the producer's credit, he was very patient with them and answered honestly. The most eye-opening moment of our conversation, though, was during a follow up phone call. I asked about how much control I'd have over casting, story lines, and final editing. He went through a very long response that essentially said the network retains all control. Then, he confessed he wasn't used to answering these kinds of questions. Usually, he said, people are so eager for their slice of fame they just sign a contract.

It saddens and frustrates me that so many people are willing to exploit their life for the sake of cheap entertainment. Not all reality shows are like that (some portray things honestly and have redeeming elements), but most exploit lifestyles via fabricated drama. Our culture is so obsessed with celebrity that we'll sign up to do anything without considering the consequences. Or maybe we do consider the consequences and don't care.

In this particular case, I think it'd be better to develop a script and do something creative, but that's expensive and takes more effort, and networks have figured out that they don't need to go through that much trouble. People will both participate in and watch the cheap programming. (I'm not guiltless. I'm a Toddlers and Tiaras addict, to the point that I've been invited to visit them on location and watch them film.)

I gave it some serious thought. I ran my pros and cons list past several more people--people who understood the industry, had no stake in the outcome, and who would shoot straight. In the end, I went with my initial instinct and turned it down. There's a small chance it would've turned out alright. I don't know. But I'm a writer. I tell jokes in front of people because it's the only way to see if what I've written is funny. I don't want to be a reality star. (Unless we could call the show "Not Sixteen and Not Pregnant," where we follow the lives of people who, you guessed it, aren't sixteen and aren't pregnant.)

I wasn't comfortable having this aspect of my life, and the lives of others close to me, splattered on reality TV. If they wanted to do a show where I "borrow" other people's kids and enter them into pageants, (they'd get to go home if they won, but if they lost they'd be sent to an orphanage in Tibet) I'd be 100% on board with that. We could call it Ultimate Grand Hostage or something equally dark and cheesy.

I also offered to help them develop a scripted series on the topic, but whatever the length of a standard long shot is, this is probably a hundred times that distance.

So, it is with a heavy heart that I say you will not get to see me on a reality show any time soon.

I could go on, but I have to stop blogging and go figure out how to make a steak costume for a costume party. A group of us are going as the ingredients of a burrito and are bringing a blanket to wrap around all of us. On second thought...maybe I should have a camera crew following me around.

What is your favorite reality show and do you think they exploit the lives of those involved? On what terms would you do a reality show?

**If your first guess was Country Music Television then we're probably not friends.
Posted by Kristin at 6:11 PM 2 comments: